Alcohol deaths at lowest since 2000

Drink-related deaths in Britain have fallen to there lowest in a decade, figures released have shown.

However, low-paid workers such as cleaners and labourers are four times more likely to die than professionals, the Office for National Statistics said. 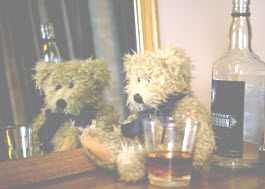 Professor Oscar D’Agnone, an addictions specialist, called for minimum alcohol pricing to drive down the death rate even further.

“However, the ‘demon’ is still going strong”