Move from DLA to PIP leaving many struggling

Leading UK poverty charity Turn2us is highlighting how the move from Disability Living Allowance (DLA) to Personal Independence Payment (PIP) is leaving many people with a disability struggling to pay for their basic living costs. The charity says that many people who have been receiving DLA, but have not passed the PIP assessment, are contacting it for help as they have been left struggling to make ends meet. The charity says that many people report that they find the assessment very difficult and that it appears that people are more likely to pass the assessment if they have someone to advocate for them. 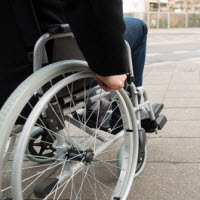 PIP is the benefit which is replacing DLA, extra money for adults who have care and mobility needs as a result of their disability. People already in receipt of DLA, aged between 16 and 64 on 8 April 2013, will eventually have to make a new claim for PIP, even if they have been given an indefinite or lifetime award of DLA. Those aged 65 or over on 8 April 2013 will carry on getting DLA.

Outlining the charity’s concerns about the consequences of people who had been receiving Disability Living Allowance failing the Personal Independence Payment assessment, Alison Taylor, Director of Turn2us Operations, said: “This will result in a significant drop in the income of someone who has an illness or disability and represents the loss of genuinely valuable support. Not receiving Personal Independence Payment after previously receiving Disability Living Allowance can have sudden and devastating consequences at a time when people are least resilient.”

Turn2us has also emphasised the importance of anyone struggling with accessing benefits to seek its help at Turn2us.org.uk. It says that it can help people understand and access what they are entitled to.