Fraud and error in the benefit system has dropped to the lowest level ever, falling by £350 million last year.

New figures published by the Department for Work and Pensions (DWP) show that benefit fraud and error fell to 1.8% of overall welfare spending in 2014/15, compared to 2.1% since 2010/11, as  dedicated fraud investigators work hard to pursue and prosecute those that try to steal from the system.

Last year, the DWP and local authorities recovered a record £930 million that had been overpaid due to benefit fraud and error, an increase of 9% over the last year on a like for like basis. 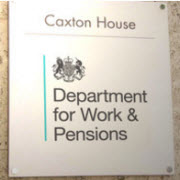 Fraud and error is expected to fall with the introduction of Real Time Information (RTI), introduced in August last year, which means that benefit claims are now cross-checked against earnings to highlight if a person is working while claiming – the top reason benefit fraud is committed or errors occur.

Work and Pensions Secretary, Iain Duncan Smith, said:
“Benefit fraud is a serious crime and is taking money away from those in genuine need. That is why our investigators are vigilant in targeting criminals and bringing them to justice.

“Our vital reforms are fixing the welfare system and today’s figures show fraud and error in the benefits system has fallen to a record low.

“We are also continuing to recover more money than ever before, and Universal Credit will further reduce fraud and error.”

The data reveals that:

To strengthen the fight against fraud and error in the benefit system, the government is: