Downing Street have slapped down the Health Secretary Jeremy Hunt insisting that the Government had no plans to charge patients who missed NHS appointments.

Last Thursday Mr Hunt backed the principle of fining people who fail to show up to medical appointments while accepting that charging would be “difficult” to implement in practice. 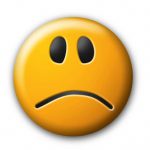 But on Saturday Mr Cameron’s official spokeswoman moved swiftly to dismiss the ideal and insisted that the Prime Minister and Mr Hunt were “clear” about Government policy on the issue. “There is  no intention to charge people if they miss appointments,” she said.

“The PM is clear that he is committed to free healthcare for everyone, wherever you are and whenever you need it and has no intention of charging for missed GP appointments.”

Mr Hunt said the move was “a step towards” cutting the £1bn a year cost to taxpayers. Some NHS providers already include the potential cost to the taxpayers of missing an appointment in reminder messages.

“Would they end up dragging people into court kicking and screaming? – bin this”