Autism is almost entirely genetic in origin, according to new research that suggests the condition is more heritable than previously thought.

Genetic influence on Autism Spectrum Disorder (ASD) was estimated at between 74 per cent and 98 per cent, the study of 258 twins found. Genetic risk factors for ASD were also found to overlap with genes that influence less extreme autistic traits seen in the general population.

The study was carried out by researchers at the Institute of Psychiatry, Psychology & Neuroscience at King’s College London, and appears in the journal JAMA Psychiatry.

Lead author Beata Tick said: “Our main finding was that the heritability of ASD was high. These results further demonstrate the importance of genetic effects on ASD, despite the dramatic increase in prevalence of the disorder over the last 20 years.

“They also confirm that genetic factors lead to a variety of autistic skills and behaviours across the general population.” 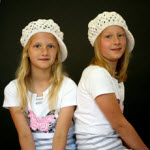 Co-author Professor Patrick Bolton said: “The novel aspect of this study was the inclusion of twins regardless of whether they had a clinical diagnosis. This enabled us to get a more accurate picture of how influential a child’s environmental experiences and their genetic make-up is on ASD, as well as on subtler expressions of autistic skills and behaviours. Our findings add weight to the view that ASD represents the extreme manifestation of autistic skills and behaviours seen in the general population.”

“Although the research findings are valuable they don’t provide hope of a route to curbing the increase in ASD.”