By the third week of the sanction I was only eating once a day !!

A sanction is a cut or temporary cessation in your benefit if you fail to meet your claimant commitment without good reason. If you do this on numerous occasions, you could face a sanction of up to three years.

For example, if you are claiming JSA and you fail to turn up to appointments or fail to apply for or accept a job you can be sanctioned.

However, some people have asserted that sanctions of being handed out cynically to meet targets. 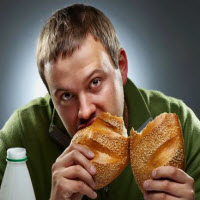 Sanctions can have devastating consequences for those who receive them.

Alison Taylor, Director of Operations at Turn2us, said: “We know from those who seek our help the desperate situation people can be left in, if these essential benefits are cut. A rise in these sanctions is therefore very concerning.”

In some extreme cases, such as that of David Clapson, benefit sanctions can have lethal consequences. The diabetic former soldier was found dead, starved and penniless in his flat.

A man from West Yorkshire told Reddit about his sanction story:  “I was at the jobcentre at the allotted time; however, my advisor was now based in a different part of the building so when they called my name I didn’t answer because I was waiting in the area they always were previously.

“So even though I was in the building, I was classed as a no show. I attempted an appeal but the 13 week sanction was upheld.

“By the third week of the sanction I was only eating once a day, alternate between porridge and rice for variety.

“I leave my bedsit about 1 am if it’s not raining and head into the city centre to raid cigarette tab ends from pub ashtrays. I do this for two reasons; partly I’m addicted to nicotine, but mostly smoking helps with the hunger pangs.”

If you have been sanctioned

If you have been sanctioned and disagree with the decision, you can challenge the decision by asking for a Mandatory Reconsideration within one month of the decision. See the Gov.UK information on Appeal to the Social Security and Child Support Tribunal