Is investment in GP services increasing?

Beccy Baird writing at the Kings Fund: Last year we published a report highlighting the crisis in general practice. There are strong signs that general practice continues to be under increasing strain, including a rise in complaints about GPs, surveys showing patient satisfaction – particularly with access – is declining, and reports of all GPs in an area closing their registered lists as they feel unable to take on more patients.

The government and the national NHS bodies have made attempts to recognise and address the issues facing general practice. In April 2016, NHS England published the General practice forward view, which outlined a range of initiatives and investment for general practice. Among the measures it introduced were a programme to address some of the administrative burdens placed on GPs, initiatives to improve mental health support for GPs and support to deal with rising indemnity costs. Many of the measures focused on recruitment, both through training more GPs and by recruiting from abroad, although figures so far suggest that the government’s target of 5,000 more GPs by 2021 will not be met.

Financial investment in general practice is mind-bogglingly hard to track, and there isn’t any published data that fully profiles promised investments over the period covered by the General practice forward view. New figures from NHS Digital show that spending in general practice increased in real terms in 2016/17 compared to 2015/16 (though by less than the increase between 2014/15 and 2015/16), but it is still unclear how much of this increased investment is actually reaching frontline services. This is particularly true for the money GPs receive outside their core contract. For example, the overall increase shown in NHS Digital’s figures includes financial flows which don’t reach GP practices directly, particularly payments for information management and technology, which accounted for about 29 per cent of the overall growth in investment. 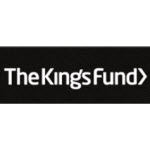 NHS England has indicated that in future significant additional funds for general practice will have to come from local commissioners, particularly the Sustainability and Transformation Fund. However, it’s highly unlikely that much, if any, of this spend will materialise in the near future as the Sustainability and Transformation Fund is used to offset deficits in other parts of the system, especially acute hospitals. In the past, NHS England has also suggested that as clinical commissioning groups build new care models in line with the NHS five year forward view that investment in general practice would grow even further. However, NHS England’s latest annual accounts show commissioners underspent the budget for primary care and secondary dental care by about 2.3 per cent in 2016/17, suggesting that this increased flow of money to general practice is not happening.

Overall the money does seem to be going up, but by exactly how much and whether it’s in line with the promises made in the General practice forward view (namely to increase spend by 14 per cent in real terms between 2015/16 and 2020/21) is unclear. There’s also no way of knowing whether this money is enough to meet the rising demands placed on GPs. We’ve talked endlessly about the lack of good-quality national data which means it’s hard to know how much extra investment is needed. NHS England is working hard to address this, but it will be a long and complex process to address the lack of national data.

But there is good news. Last week the Care Quality Commission published its first report on the state of general practice. There was much to celebrate in the report, with the majority of general practices found to be providing safe and high-quality care despite the ongoing challenges of rising demand. What particularly struck me was how strongly correlated communication and relationships were with good-quality care. Practices where clinicians were connected to others, within the practice, in their community and in wider professional networks performed better than those that were insular and inward looking. These better practices have been developing innovative ways to deliver care and there are many examples of creative thinking, including the primary care home models, community-based models and new ways of reaching specific population groups. This needs to be the way forward. There could be a focus solely on delivering more of the current model, faster, by finding more GPs, adopting new technologies and improving the understanding and management of patient flow. But the realities of recruitment and retention challenges mean significantly greater numbers of GPs are unlikely and the changing health needs of the population, with growing numbers of people with complex long-term conditions, mean these approaches alone are unlikely to meet patient needs.

The Fund is launching a new project to look at innovative delivery models in general practice from the UK and internationally, seeing if we can distil from these a set of design principles that might guide practices developing new ways of working. We’d love to hear from GPs who are innovating in this way – please get in touch.