Limbcare announced as a winner of the Queens Award

Charity Limbcare announced as a winner of the Queens Award for voluntary service.

Limbcare has been announced as a winner of the Queens Award for voluntary service.

The Queen’s Award for Voluntary Service is the highest award given to volunteer groups across the UK. 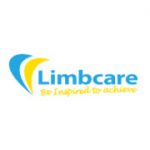 Limbcare, a charity which supports amputees and their families, was founded five years ago by quad amputee Ray Edwards MBE.

As a quad amputee Ray is very aware of the challenges – both emotional and physical – facing new amputees and their families. Ray said:

“Servicemen and women get great support from the military and the wonderful Help for Heroes if they have a limb amputated – but civilians have no such support. Limbcare helps to fill that gap by offering, among other things, emotional support and advice. In particular Limbcare is there to let amputees and their families know they are not alone. For many amputees it’s the knowledge that someone else has ‘been there too’ which is the most important.”

Limbcare was nominated for the Queens Award by Councillor Paul Bettison, Leader of Bracknell Forest Council.

Paul has known Ray Edwards (the founder of Limbcare) personally for over a year and is continually impressed by his and Limbcare’s charitable work.

“I nominated them because I really feel a charity like Limbcare is vital for giving support to other amputees and I have been very impressed by the passion Ray has for the charity.” said Cllr Bettison.

“I warmly congratulate all of the inspirational voluntary groups who have been rewarded for their community work with a Queen’s Award for Voluntary Service. The judging panel for this year’s awards were struck by the quality and breadth of all the successful groups. The thousands of volunteers who give up spare time to help others in their community and to help solve problems demonstrate the best of democracy in action.”

The official award ceremony will be held later this summer.