Charlie Cooper writing in The Independent: Stress affecting one in three junior doctors, according to British Medical Association

The job of a junior doctor is becoming “undoable”, the British Medical Association has said, as a new analysis of workforce data reveals one in three suffered from work-related stress last year.

Junior doctors will be balloted for industrial action over the new contract from next week. The BMA confirmed that any action would involve doctors walking out of all but emergency work.

Further action – including the full withdrawal of all junior doctor labour – may follow, according to information sent to BMA members. 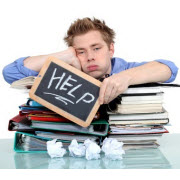 A new House of Commons Library analysis of the most recent NHS staff survey, conducted in 2014 and published earlier this year, reveals that more than 30 per cent of junior doctors state they have experienced work-related stress in the past 12 months – up from just over 20 per cent in 2010.

Luciana Berger, Labour’s shadow minister for mental health, who commissioned the research, said that “overworked and overtired” doctors would be bad for patient care.

Mr Hunt has said he wants the new contract to reduce the number of hours junior doctors are forced to work, improving patient safety.

However, Dr Malawana said the BMA remained seriously concerned about the removal of financial penalties for hospitals that work their doctors beyond contracted hours, and said the European Working Time directive safeguards pledged under the new contract had proved ineffectual in the past.

Mr Hunt wrote to the BMA this week to pledge no junior doctor would receive a pay cut under the new contract, which it has threatened to impose. However, he later clarified that some doctors working more than 56 hours a week could potentially lose out.

“We hear a lot of information from the Government that is not consistent,” Dr Malawana told The Independent. “The sound-bite comes out and then you get the detail a few days later. The sound-bite always sounds better than the reality and that makes the problem of trust worse.

“The amount of people using the NHS is going up incredibly, and yet the service is not gearing up for that increase in use. Junior doctors are the people at the frontline and we have increasing gaps in rotas. Doctors can see how undoable this job is beginning to get – and then the Government attempt to impose the new contract. You can imagine why people are so stressed.”

Dr Clare Gerada, medical director of the NHS Practitioner Health Programme, a specialist health service for NHS staff, said that stress was endemic within the NHS, and exacerbated by what she called a culture of “name, blame and shame” driven by the Government.

“I hear it from the most junior porter to the most senior executive – in despair,” she said. “The ones that are most vulnerable, such as those with previous mental health problems, are falling off the edge. But everybody is now struggling. No-one is going into work with a spring in their step.”

Ms Berger said: “These new figures show that the increasing pressure on our NHS is taking a real toll on the health and wellbeing of our junior doctors.

“Overworked and overtired doctors do not make for good high quality care. But instead of supporting these NHS professionals, the Government is planning to impose a new junior doctor contract that puts their health and wellbeing and the safety of their patients at even greater risk.”

Comment: “The BMA is happy to campaign for its junior doctors. It sidetracks the issue of the ‘premier league’ money GPs, senior medics and consultants get. Are the BMA going to accept less pay for members, are the NHS going to stop paying ‘stupid money’ for doctors and can this Government sort it out – NO. And To hell with us”