A DAD died of blood poisoning after doctors failed to diagnose an infection properly, an official report has revealed.

It slammed the “devastating impact” when NHS bosses fail to respond properly when things go wrong.

The man was sent home with antibiotics after complaining of a painful lump in his buttocks.

But the man’s daughter took the case to the Parliamentary and Health Service Ombudsman service. It ruled that a “lack of appropriate treatment when he was first in hospital compromised his chances of survival”. 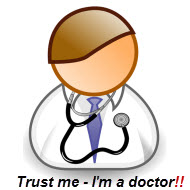 The trust apologised and paid the daughter £2,000 in compensation. It was one of nearly 200 case summaries of the 1,075 investigations concluded by the PHSO in a report highlighting serious errors by NHS hospitals.

Another case saw a woman suffer “unrelenting face pain” for 15 years. She was refused a specialist MRI scan until 2012. It found the source and surgery cured the problem. She was awarded £750 from the Isle of Wight NHS Trust.

Ombudsman Dame Julie Mellor said: “Too many people aren’t getting answers to what went wrong”.

“Simply not good enough and not improving”