Charlie Cooper writing in The Independent (01/08/2015) – Jeremy Hunt has “peddled myths” about medics’ workload and demoralised the NHS workforce over plans for more seven-day services, the leader of the country’s doctors has claimed, as a survey reveals nine out of 10 consultants are already on evening and weekend rotas.

Ahead of contract talks, Dr Mark Porter, the chairman of the doctors’ union the British Medical Association (BMA), said the profession was “furious” with the Health Secretary, who told it last month to “get real” over the need for a “proper seven-day service in hospitals”. Dr Porter accused Mr Hunt of “calling into question the professionalism” of the UK’s most senior doctors. 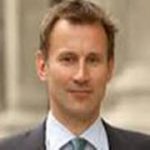 A backlash for Jeremy Hunt

Mr hunt’s comments have led to a backlash among doctors. A petition to Parliament proposing a vote of no-confidence in the Health Secretary has attracted more than 200,000 signatures. Doctors across the country have been protesting against Mr Hunt by posting photos of themselves at work at weekends on Twitter with the hashtag #ImInWorkJeremy.

But the Department of Health has accused the BMA of trying to turn the debate on seven-day services into a “politicians vs doctors battle” and challenged consultants to drop a clause in the current contract that allows them to opt out of doing non-emergency work at the weekends.

BMA negotiators are preparing for talks over consultant and junior doctor contracts ahead of a September deadline, at which point Mr Hunt has said he would be willing to impose a new contract.

A BMA survey of nearly 900 consultants shows 88 per cent are on a “non-resident on-call rota”,  which means they are required to attend hospital at evenings or weekends if required, often in emergencies.

More than two-thirds told the survey they had been on call on Saturday or Sunday in the past week, working an average of six hours, with much longer demands of up to nine hours for those in specialities required in emergencies, such as surgeons and anaesthetists.

Meanwhile recent analysis of the case for more seven-day services by health researchers at the University of Manchester and the University of York found there was “a lack of evidence” that increasing the levels of consultant cover at weekends leads to reductions in mortality rates.

A Department of Health spokesperson said: “The BMA can’t have it both ways: if most consultants do work weekends, why are they objecting to removing the right to opt out of weekend work?

“The BMA would like to turn this into a politicians vs doctors battle.

Comment:
“I’m afraid I don’t believe the BMA’s survey, taken by the BMA, gives an accurate picture, not for one minute. NHS consultants have a lot to protect, they are major players during the working week in a lucrative market called ‘private practice’ and……. .enough said. I think. Jeremy Hunt is on a loser if he thinks he can get doctors, especially senior ones, to make many changes, that do not suit them, to their ‘terms and conditions'”