Winter deaths up by 40 per cent

Last winter, there were an estimated 34,300 excess winter deaths (EWDs) in England and Wales, according to the Office for National Statistics (ONS).

It was the second highest level of EWDs in eight years.

Females and elderly people were most affected by EWDs last winter period. 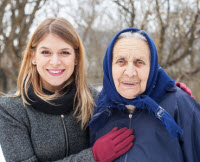 Over one-third of all EWDs were caused by respiratory diseases.

Cold homes are a significant cause of illness over the winter period and one-in-ten homes are currently classified as living in fuel poverty.

A household is considered to be in fuel poverty if they are required to spend more than 10% of their income on fuel to maintain an adequate standard of warmth.

Many energy bills have gone up by around 10% this year.

Simon Hopkins, Chief Executive of Turn2us, said: “It’s a tragic reminder that even in modern Britain people die because they simply don’t have the money to allow them to stay warm.

“Much more needs to be done to prevent people from dying because they can’t afford to hear their homes properly.

“That means making sure that people are receiving the help that they are entitled to and eligible for, such as Winter Fuel Payments and charitable grants that can help people with fuel bills and energy efficiency.”