People with mental health problems and physical disabilities are sharing photos of themselves on social media and declaring that their struggles are a part of them, but don’t define them.

Posting photos alongside the hashtags #disabodyposi and #mentalhealthposi, Twitter users have seized the platform to express how they feel about their conditions.

Some have expressed pride at how they have dealt with illness, while others have shown defiance against stereotypes and emphasised that they are more than their diagnosis. 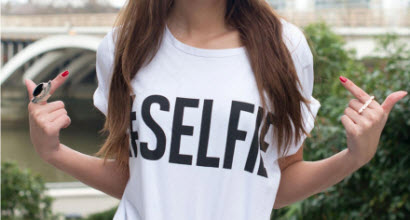 “I started DisaBodyPosi and @bandaidknees [Ophelia Brown] started MentalHealthPosi after we saw a need for a space for mentally ill people to be celebrated,” Jennie told The Independent.

The 26-year-old said the response to the hashtags has been “overwhelming”.

“The rise of social media has allowed disabled people to be more visible and allowed us to tell our own stories.”

“I never imagined so many people would respond the way they have, with messages of support. For me, the most touching responses are the ones from people who say they’re no longer hiding their disability when they have felt they had to try and hide their disability in the past because of the ableism and ableist beauty standards so prevalent in our society.”

“The core message of #disabodyposi is that all bodies are worthy of being loved and appreciated. They don’t have to work perfectly or fit into ableist beauty standards to be valued and cherished. I hope that DisaBodyPosi continues to be a space for Disabled people to celebrate their bodies.”

Since the end of November, thousands of people have used the hashtags to share selfies and raise awareness about a variety of physical and mental conditions.

“All outlets for disabled people to express themselves are welcome!!”